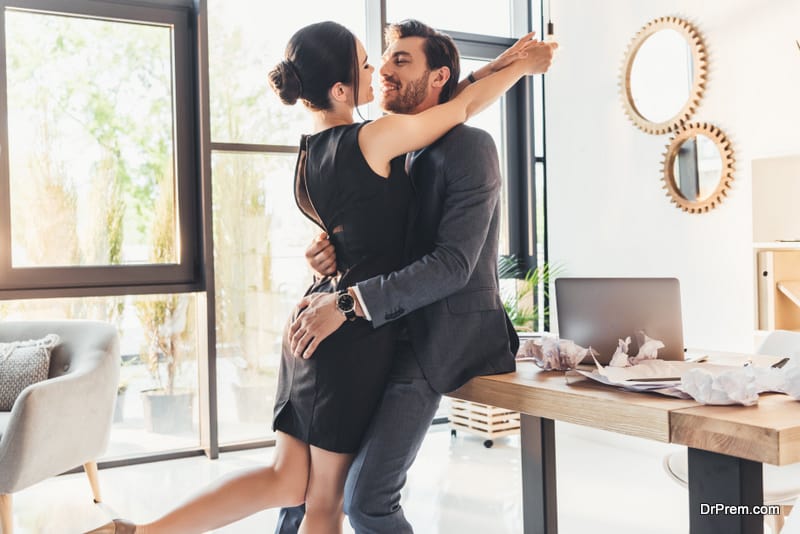 Do married men strongly love their mistress? Like the story of Helen of Troy in Greek mythology. A lot of destruction has been caused in the name of love. This love triangle that allegedly took place many centuries ago, is a classic example of the destruction that can be caused not just to marriage but even to society.

All in the name of ‘love’. When a man meets a woman and falls in love with her, the fact that he is already married to someone else should already be a red flag to any affair that the both of them want to conduct.

However, that is not always the case. In many instances, people have gotten into relationships that are toxic and end up hurting. While in other cases, some people have been able to escape unhappy marriages and find their true love.

As a woman who might be dating a married man, you keep asking yourself this important question; ‘why would a married man fall in love with another woman who is not his wife?’ The answer to this is not a simple black and white one. We need to first understand why married men have affairs outside marriage.

For some men, this is not something they set out to do or plan for. They respect their wives and would not want to hurt them. However, when they meet their soul mate, the feelings they develop overwhelm them.

It does to the extent that they cannot live without that person. These are the type of men who will love their mistresses strongly. Knowing they were fated to be together and nothing will be able to separate them.

That kind of married men loves their mistresses more than their wives. They will even divorce their wives and abandon their families so that they can be with them.

However, a good number of men are the exact opposite. Even though they are cheating on their wives, it is something they set out to do consciously. Well knowing the consequences, but eager to see how they can get away with it.

They plan for it and look for the perfect person to chat with. There is a certain type of girl that this group of men will look for. They happen to usually be a younger woman in a junior position and with less money than him.

The man will look for an easily impressionable girl or woman because he is looking for an ego boost. This includes excitement that he might not be getting out of his marriage.

Such a man only wants a compliment to his wife. He does not intend to leave the wife for the mistress. If the mistress becomes too clingy or gives him an ultimatum, this man will quickly drop her because he treasures his wife more.

So as a modern and discerning woman. How can you tell whether a man loves you strongly even though you are a mistress? Or whether he is just using you to have some excitement outside his marriage?

I will give you only three markers below. They are enough for you to be able to tell whether this married man strongly loves you or not.

Most affairs are based solely on intimacy. A man will cheat on his wife because he wants to adventure sexually or he is bored with his wife. Such a man will only think of sex when he is with the mistress.

Then, he will not want to take her out or be seen anywhere in public with her. His idea of fun will be limited to being intimate with her. Most of the conversations he will be having will be sexual in nature.

He will avoid having any serious or deep talk with her and he will not discuss any future plans with her at all. Such a relationship will inherently be one-sided.

Whereby he will not listen to her problems and neither will he put her needs above his. In such a case, you can be sure that this man does not love you and is only using you for his sexual gratification.

However, for a man who really loves his mistress, sex will just be part of the package but not the main picture. Such a man will try to know everything he can about his mistress and will spend a lot of time hanging out with her.

He will introduce this woman to his friends and family. Then he will try to make them like her as much as possible. He will discover her interests and try to take up activities that are similar to them and use every opportunity to show her off.

In such a case, this man will be considerate to his woman and he will make future plans that accommodate and include her in all ways. He will be her companion in all aspects and he will do his best to make sure he can sort out his marital status so that he is eventually free to marry his mistress.

His number one priority

A man’s mind and thoughts will always be where his heart is. If a married man loves his mistress, she will be his number one priority regardless of the place or time.

Even if the mistress was to call him out at night or when he is on vacation, because she is his priority, he will leave everything to be with her. He will try to be her hero and will do everything to impress her.

It is not rare to see such a man even change his wardrobe to impress his mistress. Such a man knows that the mistress has other options apart from him so he will do his best to woo her. This is through showing her that she comes first in his life regardless of the fact that he is still married to his wife.

However, a man who treats a woman like she should be the one to accommodate him might not really love her at all. Such a man will make plans at the last minute and insist on her participation.

Do you need him to be yours alone? Then make your boyfriend leave his wife for you

He will be unavailable both physically and emotionally for her with the excuse that his family also needs him. He will ration his time with the mistress to just a few hours and will always leave her for his wife.

In such a scenario, this man will easily cancel plans he has made with his mistress in case something crops up. He will never be present for any important day or holiday. He will care less that the mistress feels insecure or abandoned.

Always he will be quick to get angry if she becomes clingy or insists on his presence. If your man acts like this, then you know that he does not love you strongly, the way you want to be loved.

check with his friends and his family

If you need to know your status in a man’s life, check with his friends and his family. A man who loves his mistress will be proud to show her off to his friends. He will introduce her as his true love and will always take her to hang out with them because he wants them to love her just like he does.

Such a man will be very protective and defensive towards this woman and will not allow anyone to disrespect her. This man will also take efforts to introduce the woman he loves to his family. He will make sure they accord her respect as an in-law to the family even though they are not married.

On the other hand. If a man keeps you hidden from his friend or his family with the excuse that they might be judgmental towards you, then you know he does not love you but is only using you for his selfish ends.

In such a case, you have to remember that he is the married one and therefore it should be him feeling guilty. But somehow, he keeps pushing the guilt onto her or restricting you using such an excuse.

Save him from his unhappy marriage and life follow this link. Get him to leave his wife for you to read more.

In some cases, a married man will love his mistress strongly and he will do everything he can to make her life easier. On the other hand, the married man might be lying to you about his love for you while he is only using you for sex.

In both cases, you have to be very discerning and know right or wrong. Remember, the most important thing is to love yourself first because then, it will be harder to allow people to use you or take you for a ride.