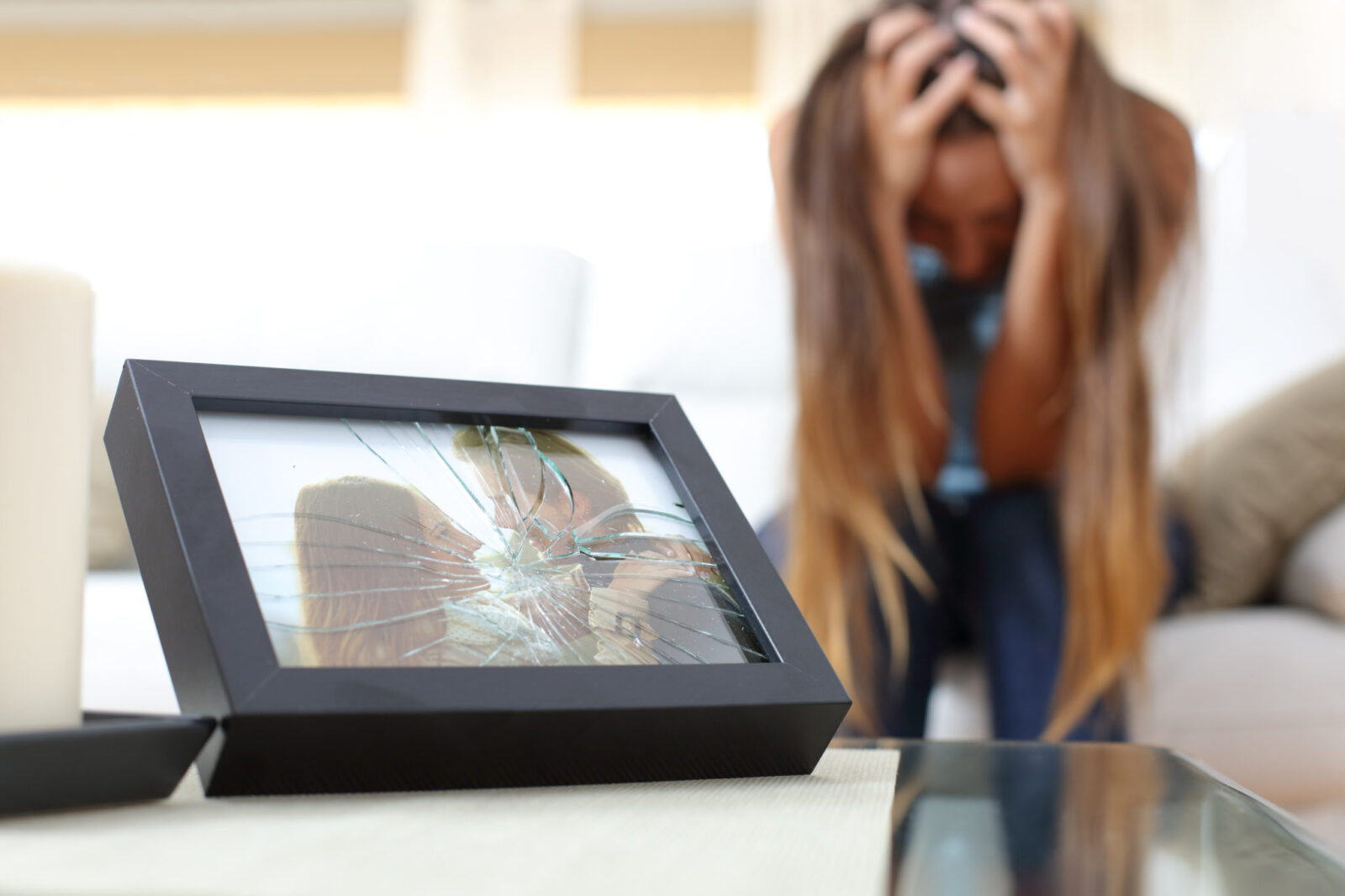 When he leaves his wife for you. Nobody really knows what happens to a relationship or marriage once it’s over. To some extent, I can say that a divorce or the dissolution of a committed union can be either a blessing in disguise because the marriage or relationship had run its course.

To most wives, the husband’s acts of infidelity are a sign of betrayal. It’s even worse if the husband leaves his wife for his mistress. The wife has to undergo the stages of grief and mourning her husband.

This stage specifically has to do with components such as going through acceptance of what has happened to your marriage.  The anger of the pain inflicted on you and denial that your husband would never leave you for his mistress.

Bargaining with your husband to stay with you and leave the mistress. Having depression based on the pressure you’re experiencing. Including having a lack of answers you’ll get in wanting to hear the truth.

So as the wife there can be a whole lot of stages to undergo once he leaves to be with his mistress. The relationship between him and his wife can rather be tense.

when he leaves his wife for you

As for him and his mistress, the relationship at first will prove to “look”. As if it will be prosperous. But it can also be a disguise for the underlying issues that the relationship has which is not being disclosed.

Many men who leave their “unhappy” marriages for their side chicks end up being happier than ever.

But I believe that’s only if truly the reasons for him leaving are of valid reasons. This is common because marriage does not guarantee happiness with the partner you chose to marry.

Do you want to stop your husband from leaving you for his mistress? Read this (How to win my husband back from the other woman )

As a person, you can never know who you might end up with. The only thing you can be certain of is that you have no choice but to make the best out of a horrible situation. If you don’t, then that’s where you end up losing yourself as a person.

Below we shall underline what happens when the man leaves his wife for his mistress.

The marriage is left broken and the wife devastated

What happens to the marriage after the husband has left to be with the mistress is that there are a lot of complex feelings associated with loss, grief, failure, and humiliation.

The marriage can never be the same again due to a lot of strain of which both or one of the partners could not handle. Once a man has made the executive decision to leave his wife to be with his mistress it’s never easy to forget the many years spent with his wife.

The wife will always have thoughts running in her mind as to how the affair started? What good reason could have motivated her husband to go seek “homage” or “refuge” in another woman’s arms?

Did your husband divorce you, left for another woman and you want him back from her? Then you need to read this How can I get my ex-husband back from another woman?

There’s also a great emotion of resentment and disappointment towards the husband. In her mind, his leaving was the last thing she expected. As his wife, she has to keep herself strong for either herself or for the sake of the children.

In the midst of everything, the wife’s heart is filled with bitterness, vengeance, and love in her heart.

But she cannot act out in a manner that will further harm her self-esteem and dignity.

The wife fights back

The wife will have intentions of fixing her marriage and win her husband back. Thus we all know that there’s a high possibility that the husband will go back to his wife. Just after he realizes that a life with the mistress is not exactly how he imagined it in his mind, he can go back.

A separation at times gives both partners to see everything from a single perspective. Where actually things went wrong? There might be instances whereby the wife and mistress might enter into altercations about the husband.

Women tend to gossip about each other as well. So definitely after he has left her for the other there is bound to be some vicious gossiping on both sides of the women.

There will not be any peace amongst the three of you until such time when everyone has figured themselves out. At most in a later if not sooner stage the husband gets to his senses and ends up regretting his decision of leaving his wife. Or he simply enjoys his new life with the mistress and may end up marrying her.

Most of the time the wife becomes wise enough and takes back her husband but under thorough sessions with a therapist. They do that to gain healing so that they can move on.

Life with the mistress becomes reality instead of a fantasy

Life of a husband having a side chick is one that can be very rewarding. This is In terms of pampering, expensive vacations, and gifts that the side chick will benefit from the husband.

At first, everything will look glamorous and adventurous but behind all that glam there are deep cracks. The relationship between the husband and the mistress is not founded on the basis of love.

The real reason for the relationship existing is due to the problems he is facing in the marriage. Thus making the affair look appealing to the eye and also makes the individuals involved think everything is well and feels like its “meant to be “.

It’s all his choice to move in with the mistress and commit to her after leaving his wife. Everything is a choice loving his mistress than the wife it’s his choice.

Husbands run to their mistresses due to unbearable life with the wife. Life with the mistress turns to be easy and happier. Little do they know that it takes a lot for the relationship to last and be better productive.

Tired of waiting for him to leave his wife? Then the link below as the help you need to make your boyfriend leave his wife for you

Him and the mistress settling

This second relationship that he is fast moving into is going to give him time to evaluate his decision making. As to whether he made the right calculated choice.

While he’s still trying to settle in with his mistress, things between them would seem like the future is bright. But it’s only the beginning of many challenges to face if they really want their relationship to work.

There is a huge percentage that the husband is most likely to feel absent in his new relationship. This is due to the void he is going to have in missing his family.

It’s possible that after the thrill of the affair and now reality kicks in. Their relationship is bound to be affected and drastic change will be needed in order for the relationship to be a success.

I say it’s all in the hands of the mistress’s behaviors to win him over the wife. Yet again it’s all in the wife’s hands to change and do things differently that way he can stop him from leaving.

Conclusion -when he leaves his wife for you

In conclusion to what has been mentioned above, what is most likely to happen in such instances is that the husband tends to have a slight brief moment of light in that he feels remorseful of his ill actions caused by him.

The mistress must understand that even though she might have him to herself eventually, she cannot rejoice because there is a high possibility the man might go back to his former wife.

The wife will be angry and hurt but if she still loves him enough she will fight to have him back.

If the mistress is sure of wanting to spend the rest of her life with him then she must know that she needs to fight twice as hard to keep the man all to herself. Above is what will happen when he leaves his wife for you.