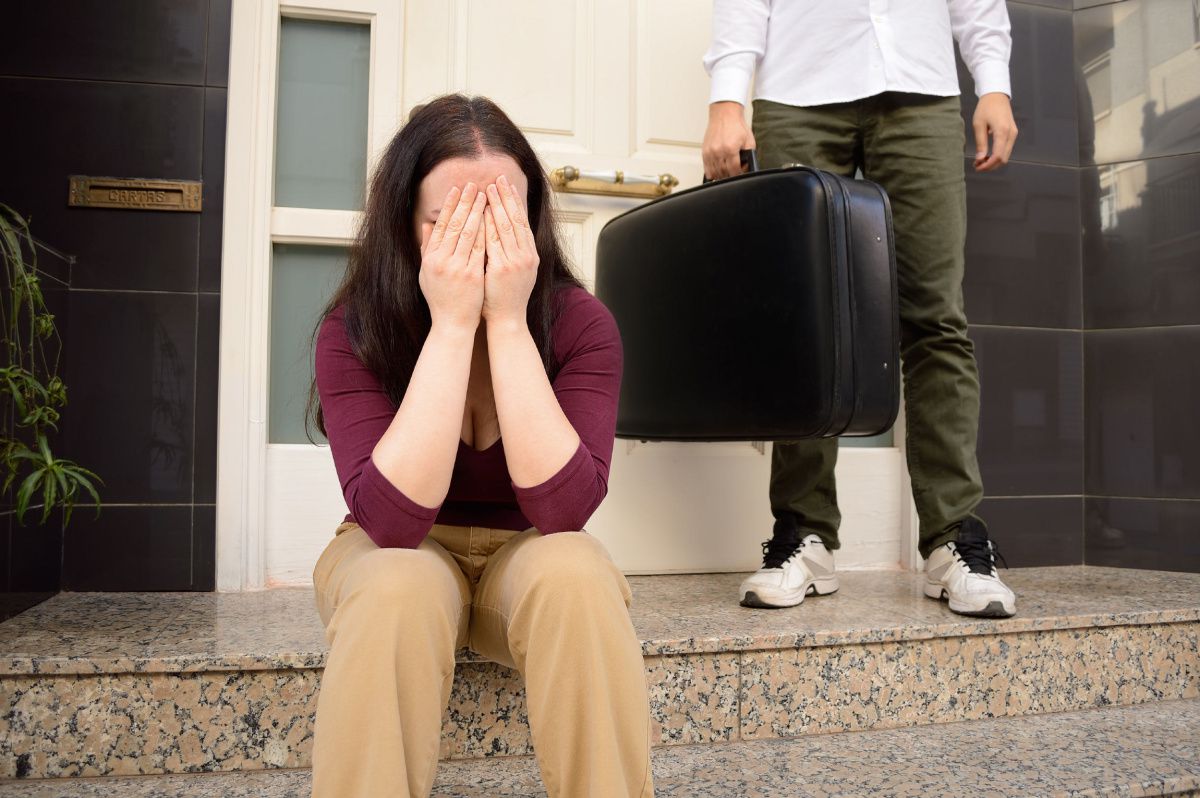 what makes a man leave his wife. Men leave their marriages and wives for many reasons. Some reasons make sense and others don’t.  Other reasons are solid others are completely weak.

At any time when a married man wants to leave his wife, He is free to leave out of their own free will. The problem is the devastating affair leaves the wives more confused than ever without a “valid” explanation.

One of the obvious reasons why men leave their wives is because of another woman but there are ample other reasons that can change his drive.

Below we show cast some of the reasons why men leave their wives.

This reason is one of the most common ones in history. He might not be as happy as he was before the marriage. The feelings he had for his wife are no longer there thus falling out of love with her.

Also, the wife might have driven him into another woman’s arms without her knowledge. The notion of the “other woman” is always the top factor in why a man would leave his wife.

Marriages could become very abusive and hurtful to both parties. People would expect a man to be the abusive one but also the wives are the perpetrators of emotional abuse.

Women are good with emotional abuse to the point where they end up killing and breaking their husband’s self-esteem, ego, and pride. A man would leave his wife just because of the way she treats him as her husband and a human being.

The negative attitude the wife has

Not all human beings have a good attitude towards life and themselves. Usually, men prefer simplicity in their livelihood and marriage.

Men don’t gossip much nor have time to blab about negative things in their lives. The wife, on the other hand, will indulge in negative talks which will make her out to be a bitter person. This tarnishes the marriage thus ruining it.

Instead, she should have a positive and happy outlook, to encourage and enlighten her husband to want to be around her more. Men do not like to be with a woman who has a bad attitude and a negative outlook in life. It’s enough reason for the husband to leave his wife.

Although men are known to be less domesticated and less tidy they still appreciate a clean environment, especially at home. They expect the wife to ensure that the house is clean, the kids are clean if they have any.

Most importantly it’s key for the wife to always look presentable and pleasing in the eyes of her husband. Husbands leave their wives because they hate a woman who is lazy and dirty.

They dislike a wife who wants to be a couch potato. Sweat pants and granny underwear are not appreciated. Husbands love a woman who makes an effort to look sexy for them.

Men don’t want to stick around with wives that want to look like their mothers or grannies.  Otherwise, they leave and look for the young beautiful girls to date outside who are presentable and well-groomed.

When the wife refuses to be adventurous in bed

When a marriage is validated there are certain duties which both parties need to fulfill to each other. The husband will leave his wife if she doesn’t satisfy him in the bedroom.

At times women forget that men are sexual beings and they need to be fed in all spheres which are important to keep the marriage going.

Being more of the mother than a wife

Most wives forget that once they are married and start having kids it does not replace that their still wives. Not full-time mothers. A man has needs and wants.

Usually, those needs and wants need a wife to fulfill them. He will not appreciate his woman treating him like a child. At times a woman is nurturing and motherly which is very good when it’s directed to the kids.

The husband needs a certain type of care and nurture. A husband will leave his wife if she forgets that she’s not only a mother but is a wife too. She needs to also give her husband attention that only she can give him as his wife.

If the man wanted a mother as his wife he could have not got married in the first place.

A woman who doesn’t show or give appreciation

When someone does something nice for you, it’s polite to say “thank you” or buy a gift to give thanks to the nice gesture. A husband is the provider and head of the household.

It’s only natural to give thanks to him because he works very hard to provide for his family. All that he would appreciate from his woman is for her to acknowledge and appreciate his efforts.

Once the husband feels unappreciated and unloved he will leave and be where he thinks he would be appreciated. It’s important for wives to acknowledge and validate their husband’s hard work. In that way, he will not feel forced to leave because of the unbearable living conditions at home.

Being a strict dictator parent

Many partners have different ways of parenting. A man’s way of parenting can be different from that of the wife. At times the husband can leave his wife because she does not give him the freedom to discipline the children.

The husband will get annoyed because the wife is always dictating terms and enforcing rules which are the duties of the husband. Usually, wives like these will snap at the husband every time he tries to be a dad to his children.

Husbands want peace of mind, respect, and authority. If they cannot get that at home they will eventually leave.

How to win my husband back

Before we end this topic let me ask you something.

How to win my husband back from the other woman

How to get my ex husband back from the other woman

Conclusion about what makes a man leave his wife.

A married man has countless reasons why he can leave his wife. At times it’s not always your obvious reasons.

Men too have high expectations for their wives and they expect them to live up to them. If the expectations aren’t met with they leave to seek for them elsewhere.